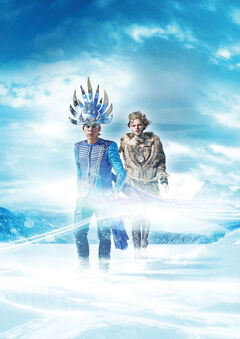 Alive is the first single from Empire of the Sun's second album, Ice on the Dunes. It was released on April 16, 2013 with the album announced to be released in June 2013. The music video for "Alive" was directed by Charles Scott & Alex Theurer and produced by Kelvin Optical, Inc., a production division of Bad Robot.

Retrieved from "https://empireofthesun.fandom.com/wiki/Alive?oldid=5973"
Community content is available under CC-BY-SA unless otherwise noted.